Dan Nelson/The Contention
Dan Nelson is a singer/songwriter/musician and producer from Long Island New York.
Raised on the sounds of Elvis and Johnny Cash Dan has always loved music from a very young age.
He is currently the singer, songwriter and guitarist for his band Dan Nelson and The Contention. A band who's diverse mix of blues, country, rock and alternative seamlessly blend together to form a sound that is both infectious and familiar to ears of all ages.
With a set that includes both Dans originals, as well as his own take on classics by rock, country and punk icons such as The Doors, The Stones, Johnny Cash, Elvis and Iggy Pop, to name a few. The audience is never left unsatisfied, but always hungry for more.
Dans diversity in music has allowed him to perform, tour globally, write and record with many known name and international acts such as lead vocalist for both Anthrax and BlackGates (featuring Paul Bostaph of Slayer), various recording and media projects with both AJ Pero and Mark "the animal" Mendoza of Twisted Sister, as well productions with members of UFO and Guns N' Roses.
Dan Nelson is also the co-writer on eight songs from the Anthrax album Worship Music (2011) as well as the song “Crawl” from the band’s EP Anthems (2013).
In addition, Dan has also provided music and production for both the WCW and WXO Pro Wrestling organizations.
He has been a part of many movie soundtracks and also has dipped his foot into the acting pool on more than one occasion. A few of his credits include "Once upon a Time in Brooklyn (featuring legendary rapper/actor Ice T), "Brutal Massacre: A Comedy (featuring a star studded cast of horror icons), "House Call" as well as the upcoming "The Regret Cycle" and "Mr. Wonderful".
Dan Nelson's current music is ready to take the world by storm. And Dan can play for any audience, be it solo, duo, trio or as full ensemble production...ready at all times, for any show or occasion.Now, along with The Contention and longtime drummer Phil Deluxe, he has begun work on his first full length solo release.
A 2019 album release is planned...With shows and tours to follow soon after.To create and entertain is the end goal, and the goals have only begun to be ascertained. So you will definitely want to keep an ear out for what’s to come.

What is An Arc'd Angel ?

Arc'd Angel is a North Jersey-based original Hard Rock Band formed in May of 2015, and consists of four, very different but equally compatible musicians whose common goal is to create and share their passion for music. With 30 years between the oldest and youngest member, the band’s sound is unique blend of old and new rock, and has been describe by some as “a mix of Sabbath, Iron Maiden, Pat Benetar and Halestorm.”

In June of 2016 the band released their first album titled "Pieces" which has been sold out and reprinted numerous times. While the band plans to return to the studio in mid-2019 to record a new album, you can hear songs from Pieces on national and international Internet radio stations, as well as on their newly remastered CD.

Tony “C.”- Harps. Worked with Ron service in The Creative Jazz Organization and many Queens blues bands. He’s played with the Stony Rollers since 2013. From Rosedale, Queens.

Kevin Young- (NYPD) Vocalist. Worked with Bretheren since 1997. From Woodside.

Damsel was founded by two sisters, Ioanna and Fani . From an early age they would listen to a wide range of musical styles which later influenced them to be innovative in their craft and have an appreciation for all types of music. Using their talent and creativity they were able to bring together a mixture of rock, pop, and funk, creating a sound of their own.

Damsel began to hit the streets of NYC as teens to prove that their music was not just a flavor of the day. While playing clubs like CBGB's and The Hard Rock Café, they discovered that they were able to capture the attention of their listening audience with their catchy rock riffs, melodies and grooves that would make you move . Along the way and in 2012 they attracted the fierce and thundering pounds and grooves of their drummer George Wasek who has performed and recorded nationally as well as the producer of Queens Rockfest. With his dedication and appreciation of their sound and love of different genres, he brings out the power and energy to every song. Each song is solid and memorable with lyrics that are like a story from our lives.

They showcased at Mamapalooza Fest, won for top 10 vocalist in Seinheiser competition ,performed and showcased live for WNYC RADIO and were nominated for the LA MUSIC AWARDS and opened for bands such as Juan Croucier of RATT and Enuff Z' Nuff.

YOU WONT WANT TO MISS THEM LIVE !!!

Who is KINDNESSE and does their name truly fit the Band?

Formed in 2012, the Brooklyn-based Kindnesse draws its influences from the likes of Fugazi, the Pixies, Scott Walker, Tom Waits, Pink Floyd, Mike Patton and Frank Zappa. Their sound encompasses passionately raucous music with gently delicate melodies and evocative lyrics. This four-piece band houses Woody Guthrie-esque folk within the raw, jagged bones of sonic chaos. One minute they’re calling out corporate oligarchs with the footnotes to back it up, while the next minute they mischievously ask you to sniff the glove. But one thing is for sure, turn it up to volume 11.

Who and What Are Ophelia's Pain ?

A culmination of styles and sounds, we come from various diverse musical backgrounds. We bring the soul, energy and passion to our music and live performances.

Check us out and book us for your next show, you will not be disappointed. We play covers as well as originals and always put on a spectacular performance.

Who and What are The Unbroken ?

The UNBROKEN formed in the high powered metal scene in Brooklyn, NY. The band’s captivating, high-energy performances transport to Modern Day Thrash Metal; combining Metallica’s in your face attitude with Pantera’s chunkiness and Slipknot’s infectious groove, their musical direction emulates the heavy metal legends of yore, refreshed by the trappings of the modern metal era.

The UNBROKEN, founded just two years ago, demonstrate the impeccable cohesion of a group that has decades of musical experience and collaboration with one another.

Their upcoming EP "Human Crown" was self produced by the band where John Bender (Papa Roach, Drowning Pool, Hellyeah) helped in production and Johann Meyer (Gojira) took care of mixing duties as well as Alan Doutches (Mastodon, High On Fire, Every Time I Die) put the final mastering touches on the record.

Sabretooth are a high energy hard rock/heavy metal band from Rockville Centre, NY! With their blend of old school familiarity and modern execution, they are bound to deliver a performance not soon forgotten!

The Phoenix Within is a rock project based out of Queens, NY. The band was established in 2013 and is fronted by singer-songwriter Omar Feliciano and is backed by bassist Nick Narlis, guitarist John Narlis and drummer James Narlis. 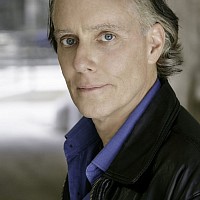 Eddie is thrilled to MC The Second Annual Queens Festival.

After winning the North American Championship on the Piano-Accordion in Irish Music, Eddie hung up his accordion for his love of guitar and started taking classes at age 14 and has since performed live in numerous venues; among them, with his long-time friend George Wasek, the drummer of Damsel, in the band The-Unknowns.

Eddie is currently Producing and Acting in films such as Interference, Angelfish and Little Charlotte's Unexpected Return.

Eddie has studied Playwriting under the auspices of Julie McKee at HB Studio for the last year. After submitting and being accepted into the Pat and Julie Collaboration Project, Molotov Cocktail- a One Act Play was performed at the Playwright's Theatre at HB Studio in November of 2018, Directed by Burak Tatar. At the urging of Burak, Molotov was submitted and accepted for the Winter One Act Play Competition at the MRT. Molotov Cocktail was also accepted to Perform in the Summerfest One Act Play festival being held in the Hudson Guild Theatre in July 25th, 26th, and 28th.

Raysa Cremona is 28 years old, was born in Brazil with a passion for music, she have learned how to play guitar on her own. Besides being a singer and writing her own songs, for the last 2 years she has been a very successful DJ performing in private parties and different events, with all kind of music styles. She performed last year at the QueensRockfest and is back once again.
Made with SimDif 2
George Wasek